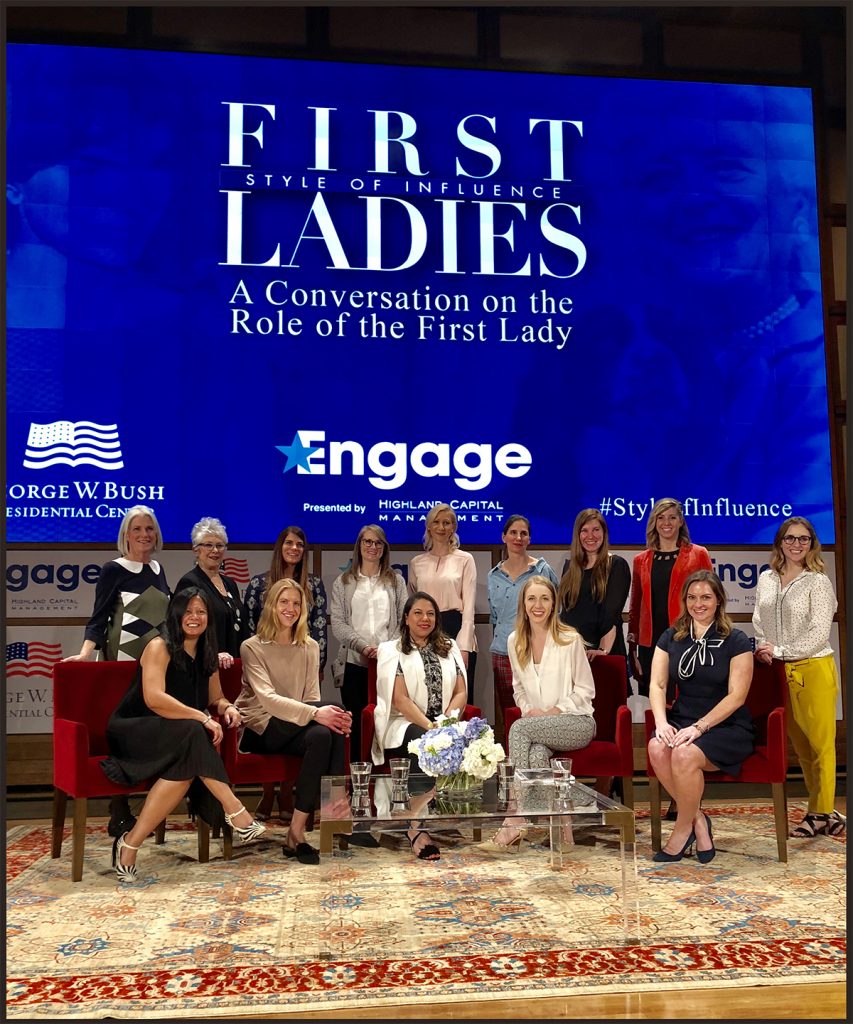 Women of Highland Celebrate Women’s History Month at Bush Center’s Engage Event, Style of Influence: A Conversation on the Role of the First Lady

First Ladies: Style of Influence, the new special exhibit at the George W. Bush Presidential Center, sets out to prove that there is much more to being a First Lady of the United States than hosting events and dressing well. From Edith Wilson’s status as gatekeeper to President Wilson after his stroke, to Rosalynn Carter’s role as policy advocate for mental health, the exhibit sheds light on the wives of some of the most powerful men in U.S. history and the influence these women had on society.

As part of the kickoff for the opening of the exhibit, the Bush Center held a panel discussion on the job of the First Lady, exploring how the role has changed over time and how specific first ladies have used the position to advance diplomacy and social, cultural, and political initiatives.

As the presenting sponsor of the Engage series, Highland used this event as an opportunity to recognize its own hard-working women, hosting a Highland women’s event around the lecture and exhibit opening. The group of Highland women who attended were among the first members of the public to see the new special exhibit, which examines the work of first ladies through four main typologies: hostess, teammate, champion, and policy advocate. Following the exhibit, the group listened to the impressive panel discuss these typologies and how throughout history, various first ladies have applied them in unique and significant ways.

The Bush Institute also put out a study on global first ladies and the embodiment of these four typologies, titled A Role without a Rulebook.

First Lady Laura Bush aptly introduced the panel, sharing some memorable moments from her time in the White House. Mrs. Bush’s relatable humor and humble account of having to navigate the role herself gave the audience a more personal connection to an otherwise distant position. By the end of the event, guests took away a new understanding of the ever-changing role of the First Lady and how these remarkable women have shaped history.

The special exhibit on first ladies is now open at the Bush Center through October 1, 2018.